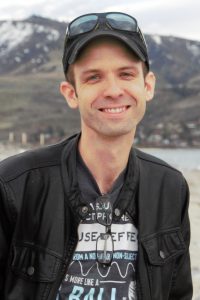 Hi! I am Benjamin Armstrong. I work at Microsoft as a Principal Program Manager Lead on the base operating system team. I live in Redmond, Washington, with my wife and three children – where I spend much of my spare time playing computer games and tinkering with technology.

I am originally from Australia (Brisbane, Queensland).  I was born there in 1980.  I went to Bald Hills State Primary School, Bray Park State High School and then went on to study Computer Science and Applied Mathematics at the Queensland University of Technology.

For 14 years I have blogged as Virtual PC Guy.

I chose this domain for two reasons:

I will be organizing my posts to this site into three categories:

I hope you find something of interest here for you!