In the Windows 10 Fall Creators update we added a new feature.  Hyper-V now has virtual machines with batteries! 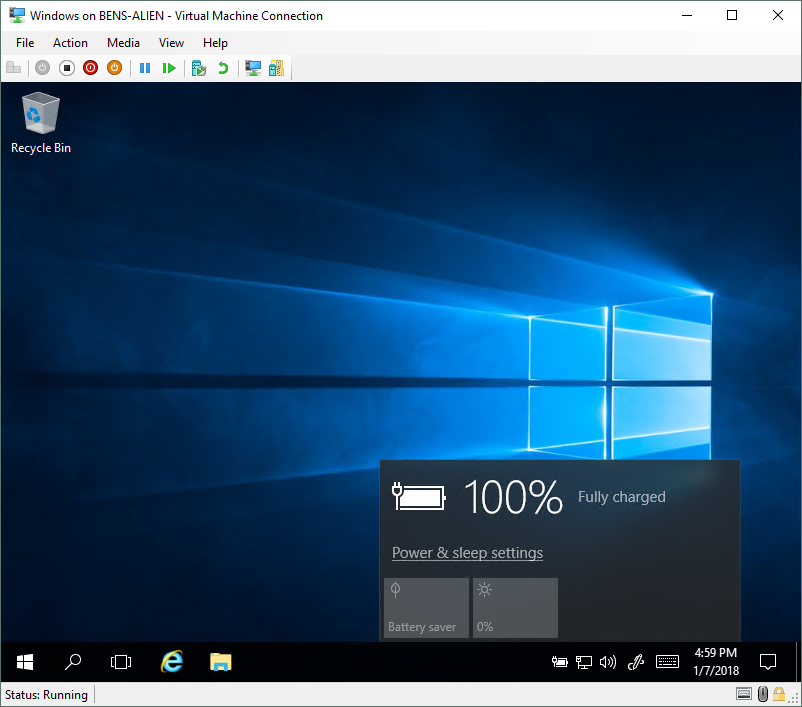 Why does Hyper-V now have Virtual Machines with Batteries?

You might be wondering: why did we add batteries to virtual machines?  The answer is that over the last year we have spent a lot of time talking to developers about how they use virtual machines, and have tried to understand what they would like to see to make Hyper-V easier to use.  We have learned a whole bunch of stuff while doing this. One set of data is as follows:

The result is lost work and much anger at Hyper-V.  The solution is to expose a battery into the virtual machine, so that even when it is in full screen mode you can still see what is going on.

How do you get a battery in your virtual machine?

Once you have done this,  if the virtual machine is started on a physical computer with a battery it will have a virtual battery.

How exactly do we create Virtual Machines with Batteries?

Looking at this you can see a bunch of differences, and some similarities.  Both systems have the same Power State (“AC Power” in this case).  Both systems also show the same Current Capacity (in %).  After that though, pretty much everything else is different.

There are a number of reasons for this:

My favorite detail about our virtual battery is the Chemistry.  It is “Virt” powered, not something like Lithium Ion.

What are the edge cases to know about with Virtual Machines with Batteries?

There are a couple areas where things are not quite perfect.  The first one is around estimates for amount of battery time remaining.  Below I have another picture of the BatteryInfoView tool, but this time I have unplugged the power from my laptop. 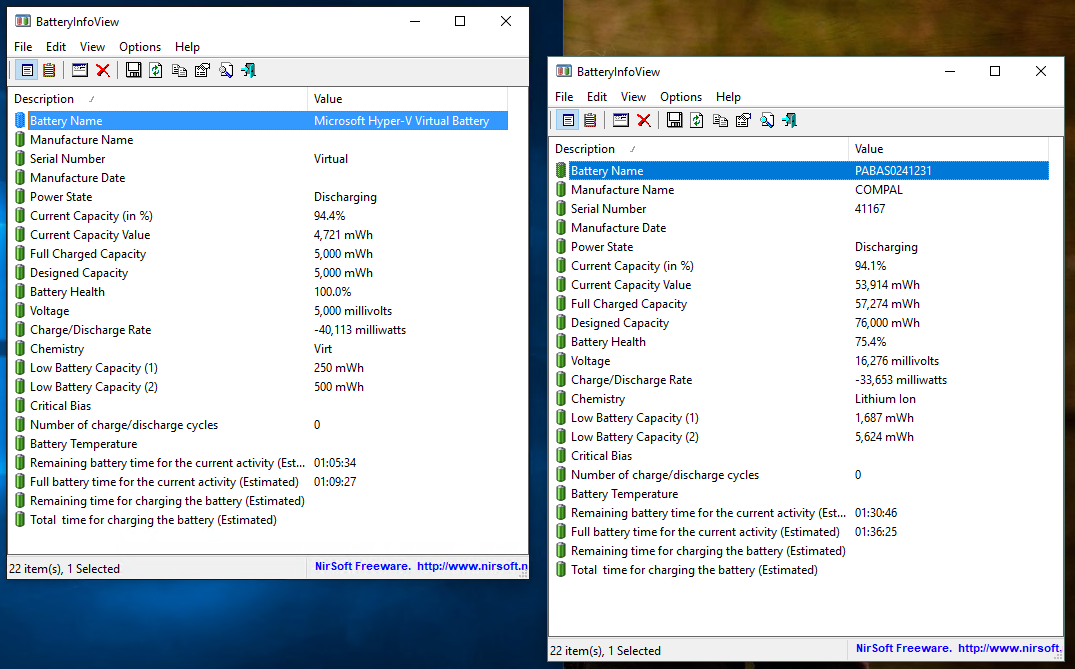 Both systems know that they are disconnected.  They also both know that the current battery charge rate is 94%.  However, the virtual machine believes it only has 1:05:34 until the battery is flat while the physical computer believes that it has 1:30:46.  This is a side effect of how we “virtualize” the battery capacity, etc… and is ultimately harmless.

Another situation is if you move a virtual machine between computers with and without batteries. 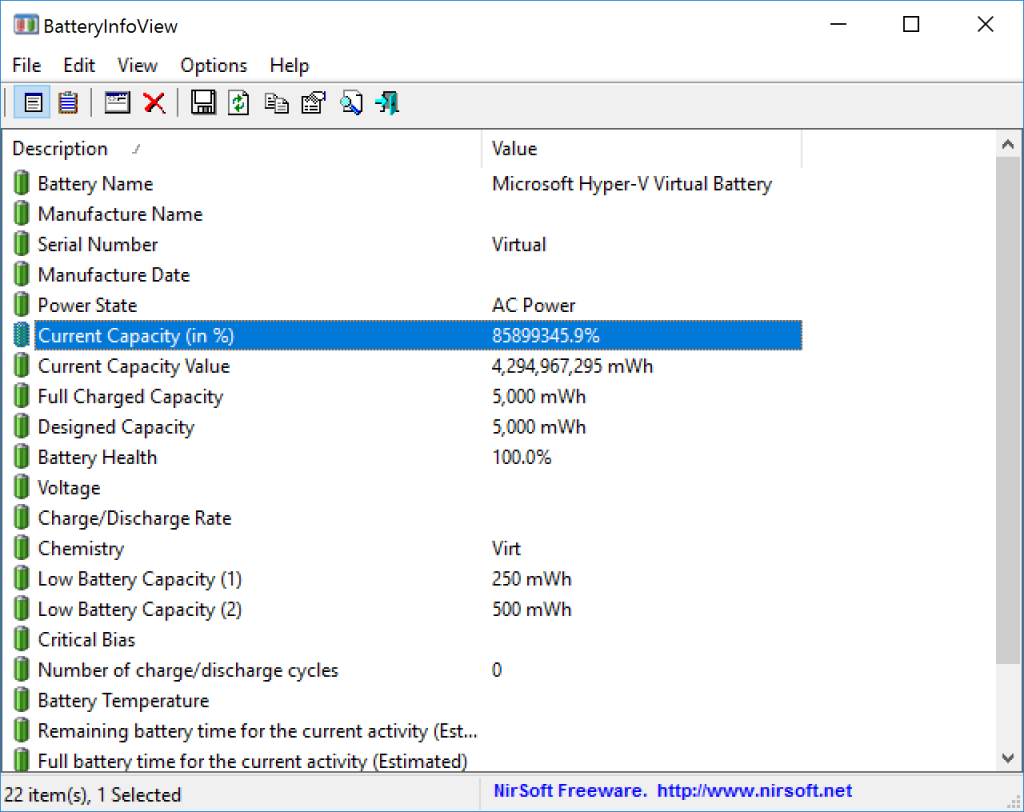 One final tip for working with Virtual Machines with Batteries

If you are the sort of person who regularly takes your laptop to the limit and often see Windows shutting down on you as you are out of power, you may want to consider this tip.  Go into the Power Options inside the virtual machine and set Windows to shutdown when the battery hits 15%.  This will ensure that your virtual machine is shutdown cleanly when your physical computer hits the default 10% battery alert.